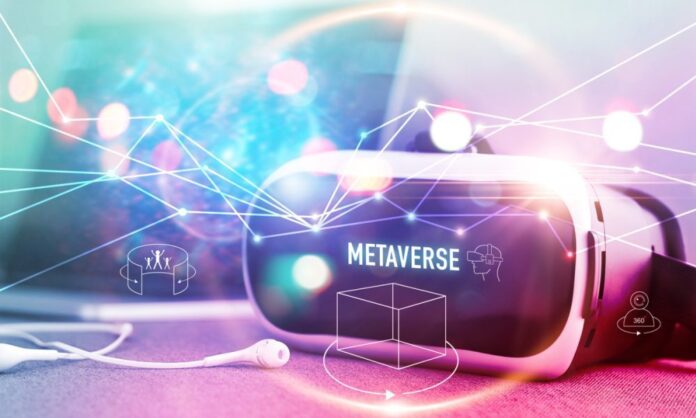 If the metaverse is to be the next big thing for brand building, companies are going to have to do a lot more than sell nonfungible tokens (NFTs) of Nike sneakers or Gucci bags.

The metaverse — whether it lands in a decentralized, blockchain-based world like Decentraland, or a rigidly controlled Facebookland built by Meta — is an experiential place.

The point of taking an avatar into the metaverse will always be to do something. That could be socializing or playing games or going to virtual concerts or UFC fights, but avatars aren’t mannikins. In a successful metaverse, they will be a version of you in a different, digital world.

Auction houses Christie’s and Sotheby’s have jumped into cryptocurrency with both feet as NFT sellers — Beeple’s $69 million NFT collage ensure that. But now, Christie’s is going further, taking a virtual version of its New Bond Street, London, headquarters into Decentraland.

The five-story structure will be both a showcase and a sales venue for digital art — everything from NFT artworks to Old Masters going under the hammer — but notably it is also a meeting place.

“We see spaces like Decentraland as the next frontier for digital art where artists, collectors and viewers alike can engage with one another from anywhere in the world and showcase art that is fundamentally scarce and unique, but accessible to anyone for viewing,” Michael Bouhanna, head of Sales at Sotheby’s said when the facility opened in June.

Even more than that, it is part of a larger area in Decentraland, the leading decentralized metaverse. It is located in the Voltaire Art District, a neighborhood that will be populated by arts showcases, making virtual Sotheby’s part of a destination as well as a showcase.

It’s worth taking note of Samsung’s new — and temporary — addition to Decentraland.

The Samsung 837X metaverse experience is a digital version of the very large pop-up store it built at 837 Washington Street in New York’s trendy Meatpacking District to showcase the products and other offerings it debuted at the CES show in Las Vegas — the largest and most important tech exhibition and showcase, where electronics brands tend to make their biggest annual announcements and reveals.

Calling it “an experiential playground for people to discover the amazing possibilities when technology and culture collide,” the company said in in announcement that “as part of this next-level experience, guests will embark on a journey where technology joins art, fashion, music and sustainability.”

The goal, according to the announcement, is to have “users explore the experiences unlocked with Samsung technology.”

The phrasing may be a bit over the top, but it makes the core point. What Samsung has built is not a salesroom or a marketplace, but an experience. It’s similar to what the fashion house Louis Vuitton did for the 200th birthday of its founder, which was a gamified experience exploring its roots and history. NFT giveaways were part of the marketing event rather than its core. Samsung is doing something similar, giving away three tiers of rare avatar clothing — a racing jacket, helmet and shoes.

Samsung’s 837X has three basic components. The core is the Connectivity Theater, a showcase for the electronics giant’s CES stage, as well as an area that allows “guests to learn more about the powerful experiences that come from seamless connectivity and customized solutions powered by Samsung technology.”

But that won’t necessarily draw in people who aren’t likely buyers already. There is also a Customization Stage, which despite its name is an event venue that live-streamed a DJ-hosted dance party held at the real Samsung 837 in New York City.

Then there’s Sustainability Forest, which highlights a campaign Samsung has launched to plant 2 million trees with an NFT firm that provides proof of planting. But there is also a portal to a land with millions of trees and a “mythic encounter” — in other words, a game.

“We’re excited to tell our connectivity, sustainability and customization stories in a novel way, in a one-of-a-kind space,” said Michelle Crossan-Matos, senior vice president of Corporate Marketing and Communications at Samsung Electronics America. “The metaverse empowers us to transcend physical and spatial limits to create unique virtual experiences that could not happen otherwise.”

Other brands are combining commerce and experience in what a Harvard Business Review article published this month, “How Brands Can Enter the Metaverse,” describes as “social commerce.” It is already a $36 billion industry, the article noted.

“The commercial applications of the metaverse are even further heightened by the new behaviors that are surging around buying products and services directly from social experiences,” according to the report.

“Decentraland is an entire 3D virtual world owned by its users, allowing them to create virtual structures — from theme parks to galleries — and then charge users to visit them,” the report also stated.

Sharmistha Dubey, CEO of dating app producer Match Groups, said in a November earnings call that she envisions incorporating the metaverse as “a piano bar where people’s digital selves are gathering around, but they’re actually playing their pianos at home and jamming with others.”

She said it could be “transformative to how people meet and get to know each other on a dating or social discovery platform and is much more akin to how people interact in the real world.”

Playboy is set to add to its Web3 offerings by launching a MetaMansion It be the will host gaming, social and programmed events, That obviously along...
Read more
AI