What Is the Metaverse (And How Can I Invest In It?) 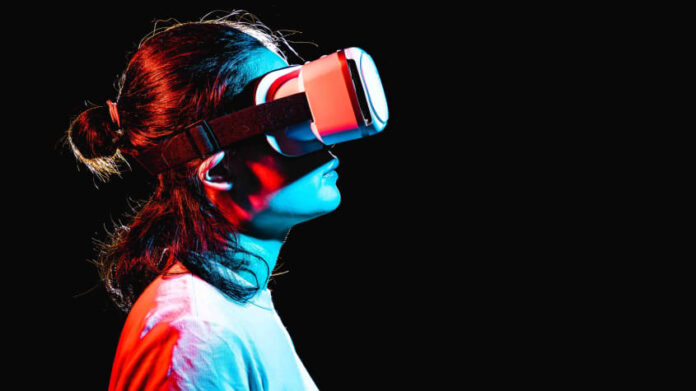 Just as we were getting accustomed to the idea of the multiverse (or at least Marvel’s version of it), another blockbuster “verse” hit the headlines. Facebook changed its name to Meta Platforms , and as part of the social media company’s attempt to rebrand and reinvent itself, announced it would be focusing on the next “next big thing”: the metaverse.

What is the metaverse? Meta CEO Mark Zuckerberg wrote a lengthy post about it, but one paragraph sums up his ambitions:

“The next platform will be even more immersive – an embodied internet where you’re in the experience, not just looking at it. We call this the metaverse, and it will touch every product we build.”

It’s a grand vision, and a growing number of Wall Street executives have a similar vision or want to at least find a role for their companies in these new platforms. But where will the actual investing opportunities in the metaverse lie?

Let’s dig into the technology itself, then talk about the potential players.

What Is the Metaverse?

At its highest level, the metaverse is a virtual, online world. A digital space. It mirrors real life, but it isn’t restricted by the rules of the real world.

You would interface with the metaverse using hardware such as your PC or smartphone, along with accessories such as virtual reality (VR) headsets and controllers. As a person with a presence in the metaverse, you would have an avatar (some sort of animated character) that visually represents you. Expect to be able to pay to “upgrade” that avatar, with virtual clothing and other options. The real world doesn’t apply here, so you may be able to shell out for working wings, or that impossible physique. There will be virtual neighborhoods with virtual homes and virtual cars.

You won’t just be chatting up your social media friends in the metaverse. You’ll be shopping, visiting global attractions, and attending concerts. It’s also possible you could be attending classes and even interacting with co-workers, like Zoom on steroids. At some point, you may actually make your living in the metaverse, selling digital services or products.

Still having trouble visualizing the metaverse? In terms of where this could ultimately go, think of movies like Ready Player One that envision a future where people primarily interact with each other online, in a virtual world.

The real world is still there, but many people prefer to spend as much time as possible in the metaverse.

When Will the Metaverse Arrive?

It’s already here; Meta is merely trying to take the metaverse to the next level.

Sign up for Kiplinger’s FREE Closing Bell e-letter: Our daily look at the stock market’s most important headlines, and what moves investors should make.

You might remember Second Life. This online world, where users can interact with each other and the world around them, launched in 2003 and still boasts hundreds of thousands of users. Second Life even was name-dropped by The Office, when it turned out that Dwight Schrute’s Second Life alter ego was also a paper salesman named Dwight – but he could fly.

There have been many subsequent proto-metaverse offerings including Fortnite, Minecraft, Roblox, World of Warcraft, and Animal Crossing: New Horizons. Several of these are already hosting online concerts.

The list is heavy on video games but more recently we’ve seen expansion into other areas. For example, Nvidia (NVDA) created Omniverse, a shared virtual universe with virtual versions of real-life factories and buildings that’s being used for design collaboration. Microsoft (MSFT) is preparing to roll out Mesh for Microsoft Teams, a combination of its mixed reality Mesh platform and Teams remote collaboration software. The company calls this “a gateway to the metaverse.”

The metaverse as the platform envisioned by Mark Zuckerberg and others is not going to simply arrive one day. The foundations are already here and being built upon constantly. Instead of a launch, expect the metaverse to evolve from existing and future services.

A multiverse of metaverses, if you will.

As they become more capable and then begin to interconnect, the true metaverse will become reality.

How Can You Invest in the Metaverse?

These are early days, and that makes it difficult to divine which companies might strike gold with the metaverse.

We’ve created a list of top early stock picks in the metaverse space, but if you want to know broadly where to keep your eyes peeled, consider these possibilities.

Other opportunities might evolve over time, just as the metaverse itself does. The key to investing in this space will be to remain nimble, but also realistic.

Because the metaverse has become an instant buzzword, scores of companies are going to try to hop on board and connect their names with this emerging technology. But only some will actually execute and provide shareholders with tangible returns.

3 Top Metaverse Cryptocurrencies For The Investors

Investors may will have the Metaverse finance offers new opportunities Hence, the virtual world allowing users to purchase cryptocurrency tokens or metaverse coins It means, as...
Read more
3D Projection

JPMorgan Chase & Co. is an American multinational investment bank and financial services. It helps people in reality and now they want to expanded into...
Read more