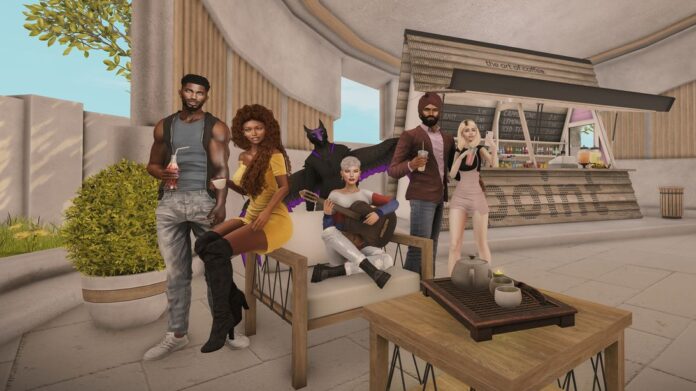 The metaverse isn’t a new concept. Not only did Neal Stephenson coin the idea in 1992, but some of us were literally living in virtual spaces with virtual currency and virtual storefronts nearly 20 years ago.

The virtual place many people went back then was Second Life. Philip Rosedale, Second Life’s founder, has decided to task a core team to work on evolving Second Life now that the metaverse has become a buzzword yet again. His hopes are that developing community-focused worlds like Second Life will solve some metaverse problems that aren’t necessarily being solved in VR headsets… yet.

After Second Life, Rosedale became focused on VR technology in 2013, co-founding a company called High Fidelity that promised high-end, low-latency VR. But High Fidelity started to pivot from VR to other technologies over the last few years, focusing on spatial audio most recently. In 2019, Rosedale published a goodbye of sorts to VR, stating that VR hadn’t reached a form that was good enough for most people to want to use. Talking with him over Google Meet in 2022, he still feels that way, calling VR headsets a blindfold to the real world that only some people feel comfortable enough to use.

Rosedale thinks VR headsets could hit an iPhone moment, but maybe not for another few years. In the meantime, he’s shifting focus to a metaverse platform that doesn’t require headsets: namely, Second Life. He isn’t the only person to feel this way: Even VR/AR software companies like Spatial have recently pivoted away from VR headsets as a way to reach more people. In many ways, that’s already the cross-platform pitch underlying recent metaverse moves from Microsoft and Meta.

Rosedale is going to be a “strategic adviser” for Second Life, while his company High Fidelity looks to infuse Second Life with some new ideas, simultaneously working on other ideas for future tech, including – at some point – VR again. “We’re announcing that we’ve shifted a group of seven people, some patents, some money. We’re investing in Second Life, to keep working on Second Life,” Rosedale told me. “Two of those patents are moderation in a decentralized environment patents, which is really cool.”

The reason for the shift is that Second Life still makes money and still has a considerably larger community than most VR platforms: It’s had over 73 million accounts created since it launched, and estimates of active users hover around 900,000. Rosedale sees the shift as solving problems while VR hardware still gets thought out.

Despite the seeming success of the Oculus Quest 2, he still doesn’t think it’s enough. “The headset is so broken that it’s going to actually take, I think, five years to get to something that’s good,” he says, “and we as a startup would neither survive, nor would it make sense for us to sit around for five years.” He sees building up Second Life as a better platform that will be VR-optional until that magically perfect hardware arrives.

“I think it’s going to grow from the baseline of something that looks vaguely like Second Life, solves these scaling governance problems and then people are going to say, ‘Oh, my God, you know, for even more, you can put the headset on,'” Rosedale says.

He acknowledges that even the best virtual community spaces are still pretty limited now, including Second Life. “You can get about 100 people in a place at the same time at Second Life. That isn’t enough, but it’s more than all the other guys in terms of just people standing around.” Rosedale wants Second Life to be even more decentralized, but says it’s a delicate balance to get right.

What does this mean for Second Life? Hard to tell. Spatial audio could be in the mix, but also more advanced avatar animations using facial tracking with cameras: “Using the webcam to animate an avatar, that’s a really interesting in-between,” he says. “Not enough people are looking at that space, that’s one that I’ve spent a lot of time thinking about.” Rosedale is also considering how Second Life could eventually work on phones, perhaps.

As far as Second Life embracing new-metaverse ideas like NFTs and some sort of interoperable content, Rosedale remains skeptical. “Do you want to take a Ferrari from Grand Theft Auto and drive it into Fortnite or Among Us?” he asks, referencing how randomly dropping content into other experiences break the fourth wall of immersive experiences in a bad way. “In the near term, amongst games, the idea of content interoperability is one of these things that only a brand could love.” Second Life already has its own currency, which Rosedale considers stable, as well as its own economy.

“Content interoperability has to be there for the whole thing to take off at all. As a way of further connecting games to each other, it’s a total fail. The near-term idea is dumb. The long-term idea is totally correct. And it’s validated by things like Roblox and Second Life, where there’s a bazillion pieces of content that people have moved around from place to place.”

Rosedale sees Second Life’s own sellable content as being, in a way, like NFTs. But he also acknowledges lots of competition for virtual places: Roblox and VRChat, which he considers the most successful competing examples, and obviously plenty of others.

“There are 375 million things a year sold in Second Life at about two bucks apiece. So it’s about $650 million a year in transactions. Those are all NFTs — basically, the core idea of allowing digital assets to be marked and allowing them to be tradable and shareable. That’s going to get bigger and bigger and bigger. But first, we have to answer the question, why would I be there? Why am I using that space? We’ve got to get to that.”

United Arab Emirates come to metaverse for the second time Previously, they come for the Airlines stuff And now, they are ready to Present World's First...
Read more
Industry

NFTs will always be part of metaverse As how metaverse grown so fast, so that NFTs will be A lot of company started to join metaverse...
Read more
Design and Planning

Metaverse claims to bringing new experience for the users, the Nemesis make it happens Metaverse known as the new version of the world You can bring...
Read more