What to Wear in the Metaverse 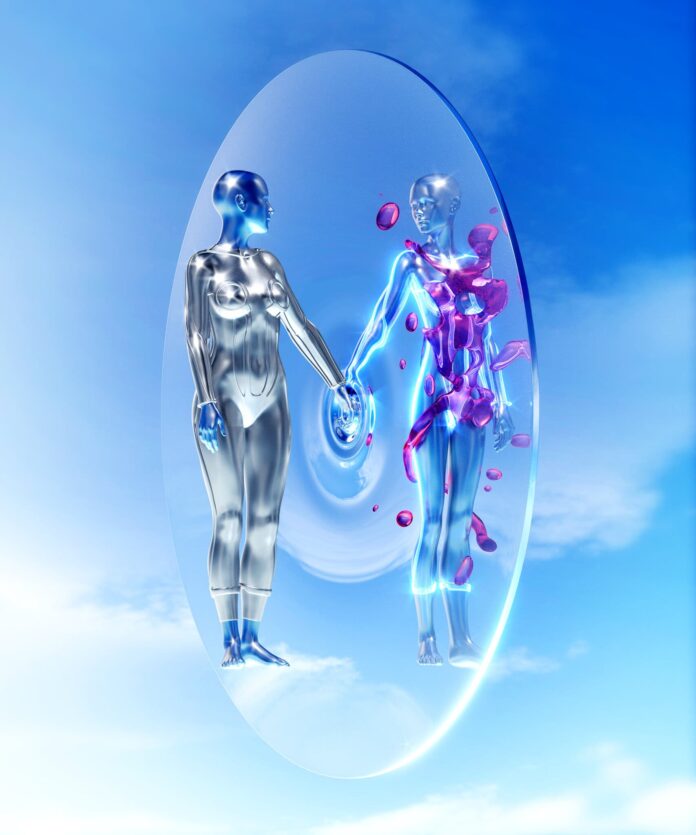 Late in October, when Mark Zuckerberg unveiled the rebranding of Facebook as Meta, he did so in an immersive video designed to reveal his vision of the future in which virtual he, Mark Z., gave a virtual tour of all of the exciting things we will able to do in the new virtual world otherwise known as the metaverse.

There was experiential art. There was a meeting where attendees floated around a table as if in a spaceship. Yet there was our host himself, as a cartoon representation, in black jeans, white sneaks and a long-sleeve navy T-shirt, looking very familiar, only a little more fit.

“Really, Zuck, you could have worn ANYTHING, and you chose this?” tweeted one observer. It was a fair point.

If the upside of the coming future is, as Mr. Zuckerberg said in his presentation, to “be able to do almost anything you can imagine,” and “express ourselves in new, joyful, completely immersive ways,” shouldn’t you wear some totally awesome, not-in-your-real-closet clothes? He did have a skeleton onesie and an astronaut suit visible in his virtual closet. Andrew Bosworth, Meta’s chief technology officer, had attended the virtual meeting in the guise of a giant friendly robot.

That is the promise of a virtual world: that you get to be anybody you want, unhampered by flesh, gravity, environment, expectations and economics — or maybe just the record you have created. That you get to play with the transformative power of fashion raised to the nth degree.

You can be braver, more gorgeous, more aggressive, more green; change gender, age, race, profession (even species); look richer, thinner, more athletic; access the inaccessible, be it a designer gown, the coolest hoodie or a dress that blooms and grows around you like a vine.

“You can be anyone you want to be, free from proscriptive constructs and sensory needs,” said Lucie Greene, the founder of Light Years, a futures and brand strategy firm.

So what was Mr. Zuckerberg doing playing it safe in his usual just-the-basics clothes?

He was reflecting the truth that how we express identity in virtual worlds is actually a fraught and complicated question disguised as an amusing game of diversion. And that, if his big bet is correct and the metaverse and the physical world become increasingly interconnected, it is a question that is only going to get more complicated.

It is, in fact, going to become as essential and telling a matter as how we dress in the morning.

“In the real world we use clothing in all kinds of complicated ways: to experiment and try on different selves,” said David Chalmers, a professor of philosophy at New York University and the author of “Reality+,” a book that argues for embracing digital worlds. “You’ve got your psychological identity — how you feel inside — and your social identity: how you express that. In the VR world, that’s just more complex.”

After all, there are so many fewer limitations than in the physical world, and so many more variables to consider. But it would be a mistake not to consider them. As more people dip their toes further and further into the virtual world and need correspondingly more options for self-expression, and more brands and designers step up to provide them, the more liberating and potentially messy the choices become, the more what you put on your avatar is going to matter. 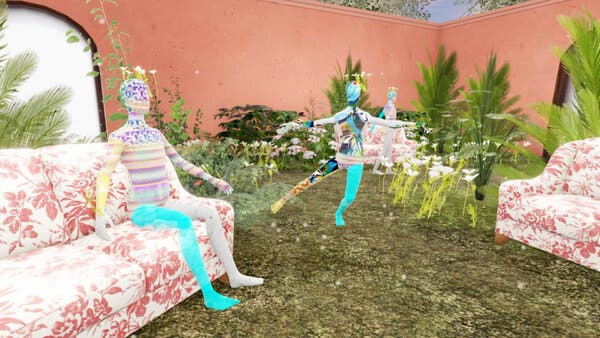 The Business of Fashioning the Future

There’s already an entire fashion-technology industrial complex springing up to cater to whatever dressing needs avatars will have now and in the future.

There are digital-only fashion brands — more than 100, for example, on DressX alone, a virtual fashion boutique opened in 2019 by Daria Shapovalova and Natalia Modenova. Digital styling games like Drest, owned by Farfetch, the digital marketplace-turned-conglomerate, offer the ability to play with hundreds of digital outfits, many also available IRL. There is also a growing number of ready-to-wear brands testing out virtual versions of their collections on various virtual platforms and creating metaverse business units staffed by fashion school graduates trained in virtual design.

Gucci created a virtual Gucci garden for Roblox, and Ralph Lauren a virtual RL ski store. The British Fashion Council hosted “The Fashion Awards Experience” on the platform, complete with an award for metaverse design. Balmain teamed up with the gaming platform Altava to offer its own limited collection. Balenciaga created special skins for Fortnite (so did Louis Vuitton) after making its own game, “Afterworld: The Age of Tomorrow,” featuring its ready-to-wear collection, and has announced its own metaverse division. So has Gucci and so has OTB, the parent company of Maison Margiela and Diesel, christening it “Brave Virtual Xperience.”

You can buy a strappy asymmetrical blush pink top and quilted pants with detachable green organza sleeves that look like a cross between orbital rings and lily pads from the digital brand Placebo’s Meta-Genesis collection; a light-up “halo hat” by Clara Deguin; or an “immortality dress” by Alejandro Delgado, a mini that looks as if it were made from fuchsia synapses. The digital fashion house Auroboros offers a physics-defying creation that grows around you, making your body resemble a living landscape, and The Fabricant has flaming shoes. You can opt for streetwear or high priestess-wear or knightly armor.

At the moment the only real limits to wearing whatever you want are what is available on what platform — generally each uses its own technology, though most digital fashion designers hope that at some point clothing files will be shared across platforms — and for what price. (Also, potential legal issues: Hermès is suing Mason Rothschild, the creator of the MetaBirkin series of NFTs, for trademark infringement in the District Court for the Southern District of New York.)

On DressX, pieces range from $30 to over $1,000; still cheaper than high-end fashion or couture, though not exactly negligible. (In the virtual world, the closest thing to “couture” may be an NFT, a look backed on the blockchain and owned by a single person; the mass market equivalent is off-chain items that can be endlessly reproduced.) This may be why so many fashion brands are thinking of metaverse dressing as the technological equivalent of a lipstick: an entry-level product that can hook future consumers.

How to Decide What to Wear

But the social strictures that often govern fashion choices in real life do not yet really hold sway in virtual life. After Mr. Zuckerberg’s presentation, Meta may have tweeted, “Hey Balenciaga: What’s the dress code in the metaverse?” but the truth is, there pretty much are no dress codes. Yet.

United Arab Emirates come to metaverse for the second time Previously, they come for the Airlines stuff And now, they are ready to Present World's First...
Read more
News

4 skills that you need to work in metaverse As metaverse grown so fast, a lot of companies started to joining its virtual world Therefore, massive...
Read more
Education